“A lot of artists, when they start off, sort of emulate their influences,” Alsalman explained. “But [Taigenz’s] project resonated as genuine, it was definitely him.”

Taigenz (pronounced Tayg-enz) is a Montreal born and based Hip-Hop recording
artist/performer. His African heritage (Cameroonian parents) blended with the
North American culture is the primary influence behind his artistic expressions.
Sonically, he ranges from Trap to R&B to Afro-beat. His vocal tone is reminiscent
of a young 50 Cent. Lyrically and visually, he is often compared to a Wale and a
Burna Boy, respectively.
In fall 2019, he released the album, Life Ain’t Free, via a distribution deal with
Slammin Media/Believe Distribution Services.
Standout singles from the album such as “Lemme Ball” and “Speak The Truth”
have allowed him to reach an international audience with over 100,000+ streams
coming from countries like Brazil, Turkey and Spain. In 2019, he debuted on the
iTunes Turkey Top 200 Hip-Hop charts (peak position #45) with “Satisfied”, which
was originally released in May 2017.
Since the pandemic, he has kept consistent with fans with a series of virtual
performances along with diversifying his social media content with reels, skits
and live streams.

He is the winner for “Best Infused Hip-Hop Song” at the Indie Grind Music Awards
for his 2021 standalone single “Foolish Money”. He is currently promoting his
latest EP entitled “Life A Life” (Spring 2022).

"Everything in life is an exchange, so to reach greater heights, you need to let go of what's holding you back."

NPS19 marks the fourth edition of the event.

Our primary objective is to provide the education and tools, as well as the access to individuals to help Canadian artists and industry professionals develop their careers internationally.

This year we are expanding with an additional day of programming designed to provide extra tools to emerging and established artists. 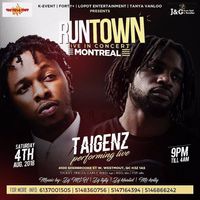 Opening up for the SoundGod himself 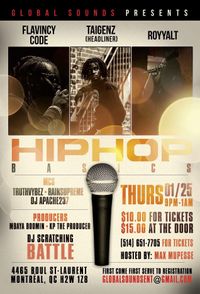 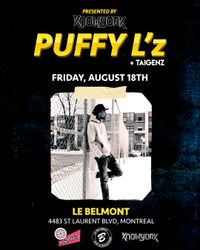 Ottawa's own Puffy Lz hits Montreal with yours truly as opening act!

Nigerian Superstar Tekno live for the first time in Montreal

All Love, No Fear 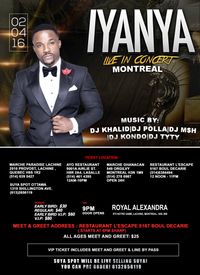 Nigerian Afrobeat/Pop artist Iyanya will be touring Canada for the first time.

On his Montreal stop, Taigenz will be one of the opening acts alongside other talented local artists

MTU & LEGENDS OF THE FAME PRESENTS